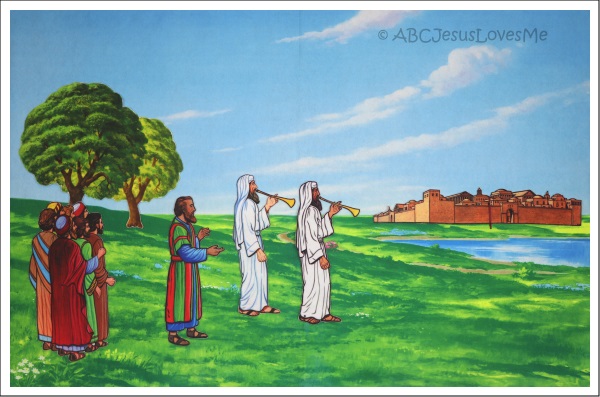 Battle of Jericho Bible and Books:

- Around the Wall of Jericho
Tune:  "Mulberry Bush"

Battle of Jericho Activities and Crafts:

- Build a wall using large blocks or tissue boxes.  March around the wall and blow a horn.  Knock the walls down.

Count out piles of five Bugles snacks and then eat while listening to the story of Joshua.  Remind your child that the horns were played as the people marched around the walls.  (Idea from Shining Star Magazine) 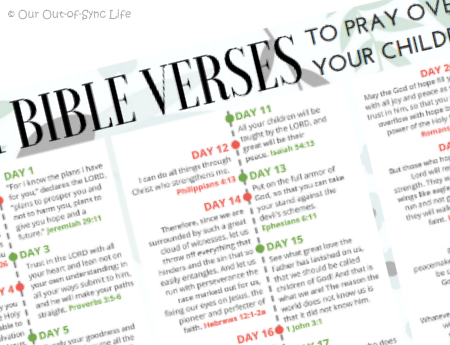 Pray Scripture over your children with this printable.