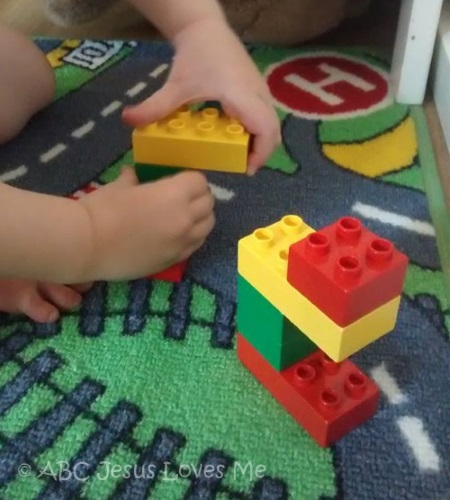 In January 2009, I was exposed to a learning term on a personal level.  We learned that there was a lack of communication between our oldest son's eyes and his brain.  The optometrist explained that it isn't about 20/20 vision. Our son's eyes were doing exactly what they should be doing. What we were dealing with was a visual perception problem. A problem between what the eyes saw and how the brain was translating the information.  As the optometrist put it, "The hardware is a there but there is a software problem."  If a child does not interpret the information correctly, reading and writing may be close to impossible to do!

Set up - Have the child sit across from the adult with a partition of some kind in between making it impossible for the either side to see what is being built.

Activity - Using only 2-3 blocks, the adults forms a block creation.  Using directional words (below, on top of, over, etc) describe to the child what the block formation looks like.  The child then needs to build the exact same thing.

Increasing the Difficulty - To increase the difficult, add more blocks.  Also add colors into the descriptions.  Trade roles and have the child do the describing.

Object - For the child to be able to form a picture of an object in their mind by touch only.  The child has to identify an object without seeing it.

Set up - Have the child sit across from the adult.  Place shapes and various objects into a non-transparent bag.

Activity - Without looking at the shape, have the child tell you what shape it is.

To increasing the difficulty, use Touch and Match Color Recognition Toys

blocks.  These foam blocks have different textures as well as different amount of holes in them.

Block patterns can be created from cards as well as block examples. Your Therapy Source offers a few free cards to print off.

Whether using wooden, foam, or Duplo Lego blocks, the learning from play is almost endless.  Check out these ideas. 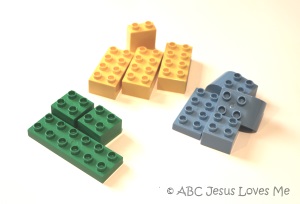 Sort the blocks by color, shape, or both color and shape. 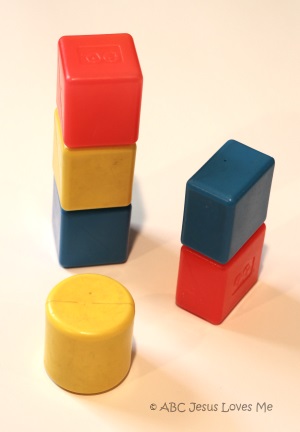 Stacking or Building - See who can build the tallest tower or roll a dice to determine how tall to build a tower. 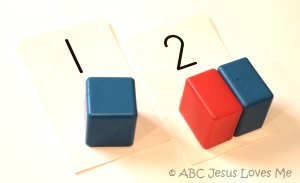 Numbers - Tell the child a number or show on a flashcard and then have the child lay out or stack that many blocks. 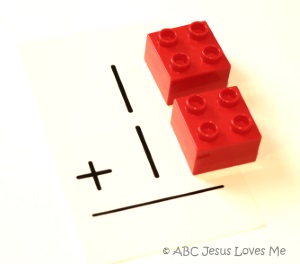 Addition or Subtraction - Use blocks as manipulative for basic math. 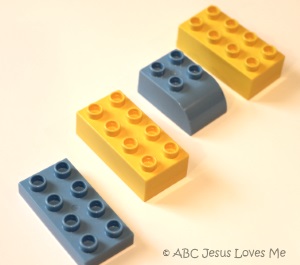 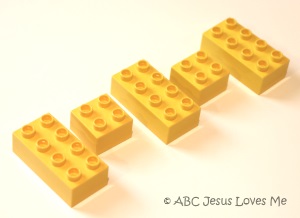 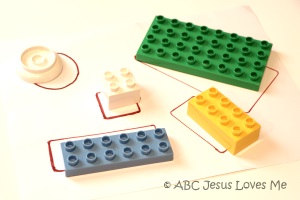 Match - Draw around the blocks on paper.  Have the child match a block to the correct shape. 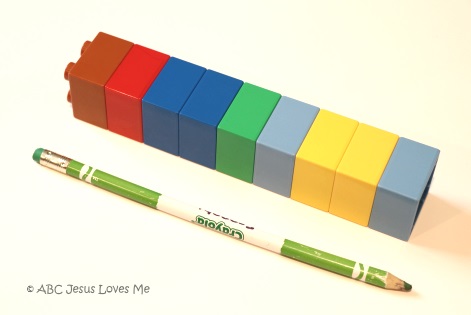 Measure with Blocks - The pencil is 9 blocks tall. 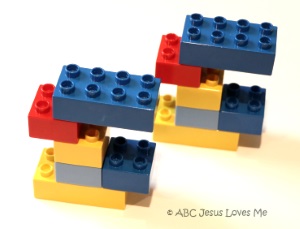 Build what I Build 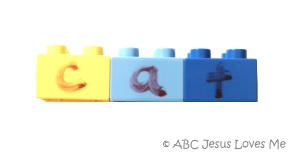 CVC Words - Write letters on the side of plastic blocks with a dry erase marker. If the child is ready, have the child form CVC (Consonant/Vowel/Consonant) words. 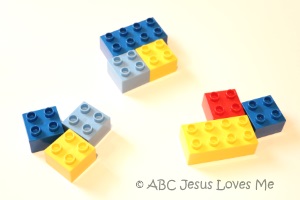 Go Fish with Blocks - Lay a group of blocks in front of each of the players. First person asks for a certain color of block. If the next person has that block, he gives it to the player. Then the turn moves to the next person.  For added difficulty, add a draw pile and match blocks as in the card game. 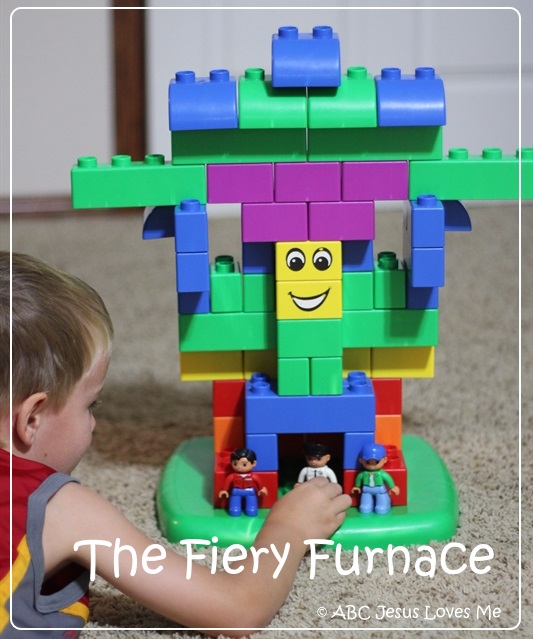 Recreate - Take a picture of your child's block or Lego creation.  Later ask the child to recreate his creation using the image.

Fill in the Shape - With painter's tape, draw a shape.  Instruct the child to fill in the shape with blocks.  In reverse, have the child build a large shape, tape around it, and remove the blocks for the child to see the shape.  (Thank you to Natalie for this image.) 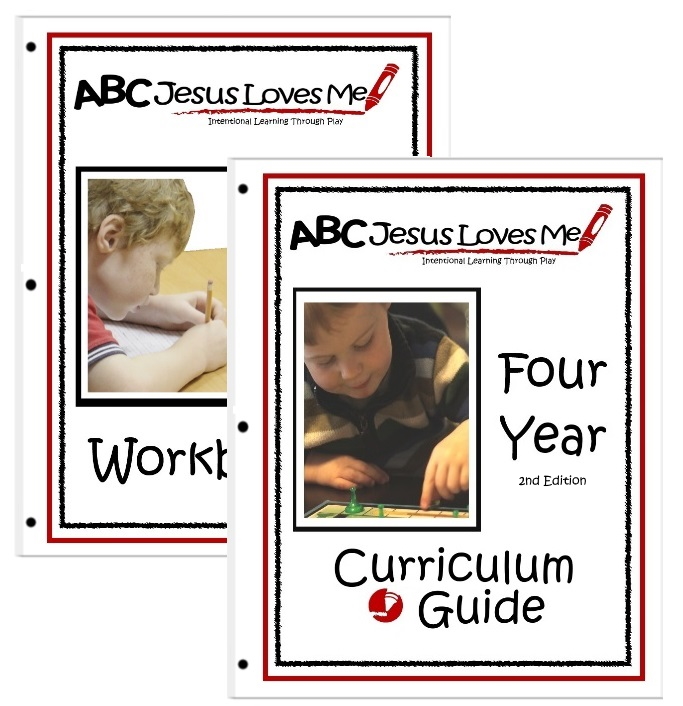 Prepare your preschooler for kindergarten with this Curriculum.

Confirm your child's readiness to read.

Discover how to build a solid foundation of biblical discipline. 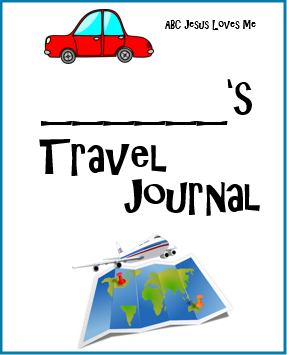 Record the memories of your vacation with this fun printable.