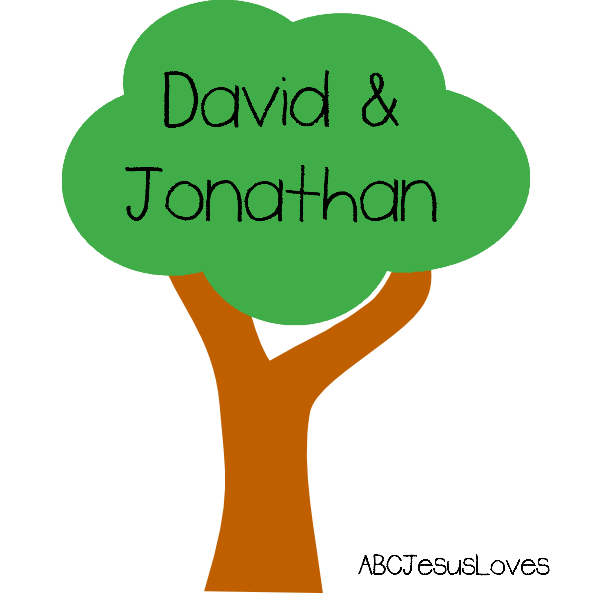 1 Samuel 16:7b - People look at the outward appearance, but the Lord looks at the heart.

"David, David" Poem  Adapted from Unknown Original Source
Tune:  Teddy Bear, Teddy Bear
David, David, turn around (turn around)
Pick that stone up off the ground (bend down and pick up)
David, David, swing your sling (swing hand above head)
Let it go and watch it fling (flick wrist)
Giant, Giant, up so high (reach arms into the sky)
Watch that stone; it really flies (put hand above eyes to watch)
Giant, Giant, standing tall (stand on tiptoes)
1, 2, 3 and down you fall (count with fingers and then fall) 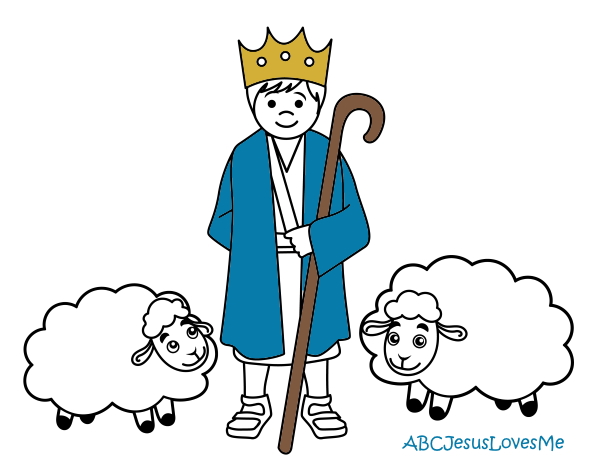 - Paint the sheep with cotton balls dipped in white paint

This story is free for family use only and may not be used in any form in a non-family situation.  A script of this story for non-family use is available in the Old Testament Curriculum and 4 Year Interactive Bible Stories.

This looks like a bracelet I used to wear. You see, when we became best friends, we gave each other matching bracelets to wear so we would always know we were best friends.  We even had a secret handshake!  You wanna see what it was?  (Do something silly)

Even though we were silly together, we were always really good friends to each other.

David had a best friend too!  Do you know his name?  It was Jonathon.  Say Jonathon.  Jonathon was the son of King Saul.  He and David became great friends.  But they didn’t give each other bracelets like this.  They gave each other things like (pull from a bag) clothes to wear, a bow and arrow, armor to wear in battle, and a sword.  They were really good friends!

After David killed the giant named Goliath with one tiny stone, the people began to love David.  King Saul saw how much everyone liked David.  This made Saul angry and jealous. Saul was the king, not David.  Put your hands on your waist.  The people should love Saul more!  Show me a proud face.  Saul decided that he would try to kill David because he was so angry!  Show me an angry face.

David found out that it was Saul’s plan to kill him and he didn’t know what to do!  So he told his best friend Jonathon.  Jonathon was very sad to hear this about his dad, but he loved David and wanted him to be safe.  Jonathan came up with a plan to get David to a safe place.  When Saul found out what had happened, he was even more angry!  Show me your most angry, mean, furious face.

But I have good news! 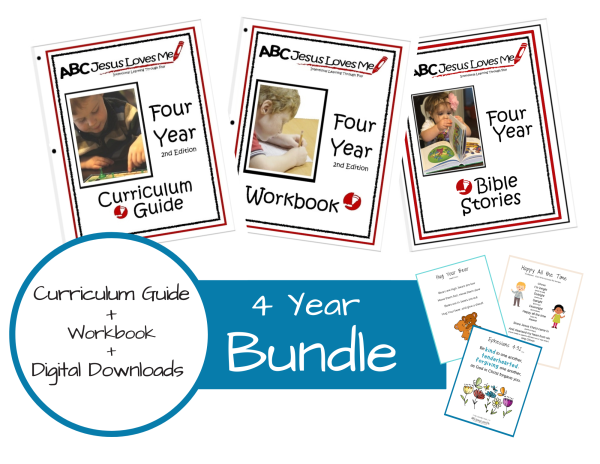 Prepare your preschooler for kindergarten.